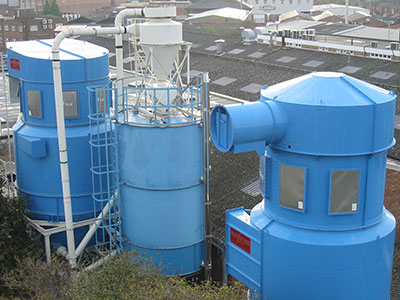 E E Smith Contracts are big in upmarket hotel fitting for groups like Hilton, Marriott and Raddisson, as well as for clubs like the RAC, institutions like Wembley Arena and for corporates like Norwich Union.

As well as CAD CAM designed and bespoke made joinery and fitting, E E Smith Contracts also has Panelok, the company’s own modular system of ‘perforated’ panels which are engineered to absorb sound and eliminate reverberation and echo and which the team is called upon to incorporate into projects across many sectors.

Fine finishing of hardwood joinery and of veneers has been one of the main strengths that has underpinned the company’s success and growth.

The premises windfall has given E E Smith an opportunity to invest in a new wide belt sander alongside an edge sanding line and a new UV lacquer line, surface finishing improvements that are scheduled for installation in March of this year.

Because the volumes of waste that will be generated in the new finishing shop are not yet known, Dustraction have incorporated an additional port on the 4 x 6 cyclo filter which will effectively double the 10,500 cfm extraction capacity that it’s set up to deal with at the moment. 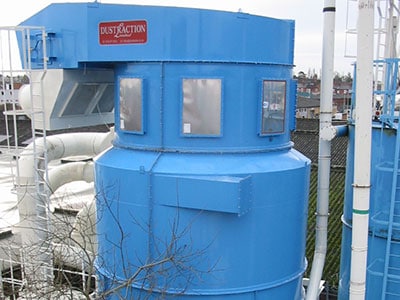 The cyclo filter is equipped with the latest pulse action controller to dislodge any caked waste for discharge along with the main bulk back through the existing Dustraction layout.

The cyclo filter, with Dustrax No. 40 heavy duty, vee belt-driven paddle blade fan and 37kW motor and star delta starter, is on a pedestal support alongside a new RanHeat incineration plant installed by Dustration as part of the E E Smith Contracts project.

During the 20 years that John Richardson, Works Manager has been at E E Smith Contracts, he says that Dustraction is the only waste extraction engineering and management company that his team has used. “We’ve always found that Steve Matuska and his engineers and installation team will bend over backwards to meet the awkward situations they’ve run up against on our site.

Dustraction have met the challenges and ticked all the boxes regarding quality of engineering, installation ingenuity and customer courtesy.”